What is Cryptocurrency and how does it work?

Financial instruments like stocks, bonds, futures etc. are complex topics for most people. Cryptocurrencies might be even more MORE complex to most!

Googling 'What is cryptocurrency?' returned the following definition:

"a digital currency in which transactions are verified and records maintained by a decentralized system using cryptography, rather than by a centralized authority"

Wait, you didn't understand anything?... Neither did I the first time I read it. Let's dig a little deeper and understand why its hard to understand this concept before moving on into more details.

Why are cryptocurrency so complicated?

The main reason it is hard to understand what cryptocurrency  is, is due to psychology of the human nature.

The cryptocurrency world is ONLY digital and unlike physical objects, we can't associate our lives or experiences with cryptocurrencies as these are only terminologies someone invented.

We can't visualize or associate them to anything before we start using them or force our minds to understand.

Humans value things that they own, or anticipate owning, in large part because they see them as an extension of their lives.

Stated simply, it’s easier to develop meaningful feelings of ownership over a physical entity than a digital one.

A paper in the Journal of Consumer Research presents a series of studies that demonstrate this difference. “Our findings illustrate how psychological ownership engenders a difference in the perceived value of physical and digital goods, yielding new insights into the relationship between consumers and their possessions,” the researchers said.

In an initial study at a tourist destination, Ozgun Atasoy and Carey Morewedge arranged for 86 visitors to have their photograph taken with an actor dressed as a historical character. Half the visitors were given a digital photo (emailed to them straight away), the others were handed a physical copy. Then they were asked how much they were willing to pay, if anything, for their photo, with the proceeds going to charity. The recipients of a physical photo were willing to pay more, on average, and not because they thought the production costs were higher.

Make sure you get yourself equipped with basic knowledge and have a solid background before moving on to more complicated topics.

So, let's cut the chase and explain what is cryptocurrency?

A cryptocurrency is a new form of digital asset based on a network that is distributed across a large number of computers. This structure allows them to exist outside the control of governments and central authorities - HENCE the term decentralized.

Decentralization is what makes cryptocurrency unique, in a way that data is not stored/processed on a single device, but on more than 1. This way there is no single entity or person that controls the whole network.

Unlike most of the systems that we are used to (which are centralized), which are based on subjectivity, cryptocurrency is totally objective which treats all individuals equally. 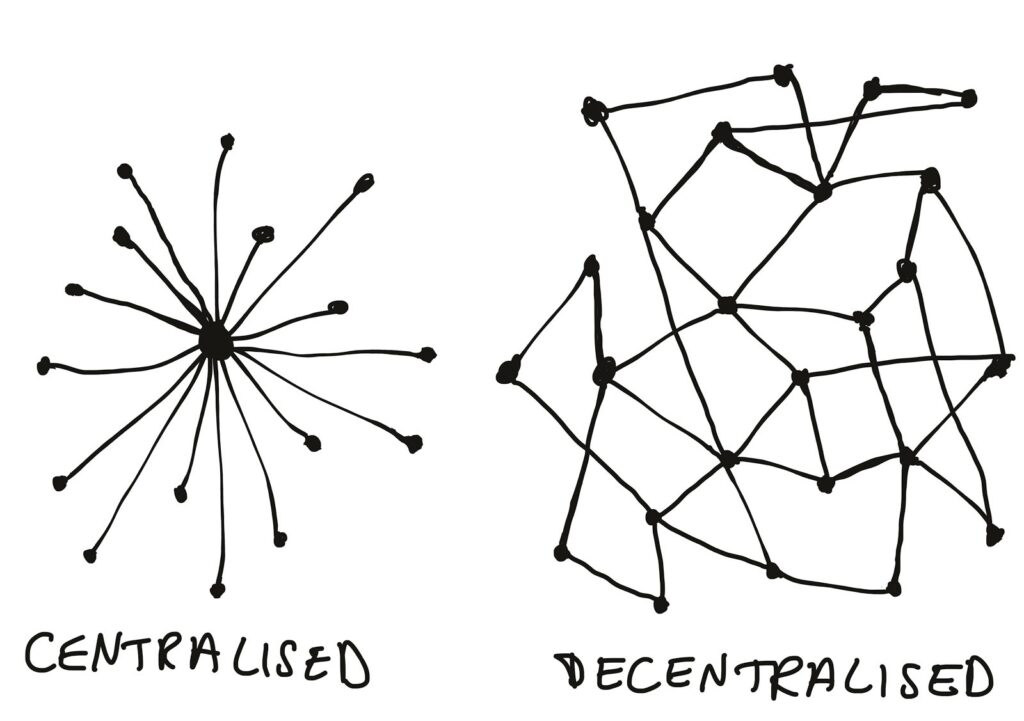 Centralised systems revolve around a single entity whilst Decentralised revolves around nothing!

Cryptocurrencies face criticism for a number of reasons, including their use for illegal activities, exchange rate volatility, and vulnerabilities of the infrastructure underlying them.

Yes, cryptocurrency can be used for illicit activities. However, this is just a fraction of the whole cryptocurrency transactions held on a daily basis. The benefits of using cryptocurrency outweighs the risks it brings with it.

Cryptocurrency are a treat to a number of institutions including traditional banks, as they can be a better alternative to the services they offer, this makes them less accepting towards this new digital currency.

Hopefully, now you know what is cryptocurrency!

How did cryptocurrency start?

Bitcoin  was the first crypto introduced back in 2008 by an unknown person or group of people using the name Satoshi Nakamoto.

Their main idea was to eliminate the use of banks or a third party to do a transaction, they created DIGITAL CASH with the purpose of peer to peer payments.

So if an individual in the United Kingdom wants to send some money to his friends in Nigeria, he can just do a transfer in Bitcoin to the other party, eliminating the use of banks, their fees and the slow process. Hence the previous explanation of decentralisation.

Apart from peer to peer transactions Bitcoin is now accepted as a way of payment in physical shops around the world as an online payment. The whole concept has created a lot of enthusiasm for Bitcoin - in fact this year the prices of Bitcoin reached a maximum high of $65,000.

Bitcoin's massive success attracted investors around the world to buy and keep it for the long term. It is considered as DIGITAL GOLD as the gains made by those holding it, exceed gains made on any other investment (excluding other cryptocurrencies).

Bitcoin operates on network called blockchain. Transactions executed during a given period of time are recorded into a file called a block, which is the basis of the blockchain network. A block represents the 'present' and contains information about its past and future. You can IMAGINE a blockchain as simply a big excel file containing all the transactional data.

Blockchains are an essential component to cryptocurrencies as they ensure the INTEGRITY of the whole system.

Although Bitcoin is the largest coin by market capitalization, there are MANY other cryptocurrencies on the market. Cryptocurrencies are split into three different types: 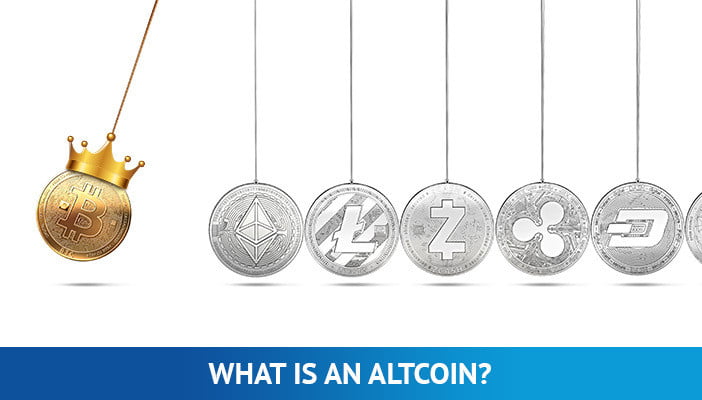 What is the difference between Bitcoin and Altcoins?

Altcoins which is the abbreviation of 'Alternative Coins' are coins that have been created to compete with Bitcoin and provide a better functionality/solution than Bitcoin.

However, don't take this a rule of thumb,  most altcoins are COMPLETELY different than Bitcoin including their functionality and their mission.

For example Ethereum and Chainlink  are Altcoins which are completely different from Bitcoin.

Whilst Bitcoin was created for peer-to-peer payments, these two Altcoins are huge platforms used for building decentralized applications on a blockchain.

Ethereum and Chainlink can be used by anyone to build their own applications called dapps. This is the most common way that new cryptocurrencies are created; they are made on blockchains that allow application building.

This is all possible because Ethereum introduced new technology to the crypto world when it launched in 2015. This technology is called a smart contract. A smart contract can automatically execute transactions when certain things happen.

What are cryptocurrency Tokens?

Tokens are completely unique in the fact that they do not have their own blockchain.

They are used on dapps (decentralized applications); these are the apps that we have spoke about earlier and are built on blockchains like Ethereum and Chainlink. The dApps are built to use smart contracts, which is were tokens come into play. These tokens reside on their own blockchains and represent an asset or utility of it's own.

Of course each token will have it's own unique utility.  But a good example would be Binance coin.

When users trade with BNB (Binance token) on Binance exchange, their fees are 50% less.

How are Altcoins or Tokens issued?

Altcoins/Tokens are made available to anyone to purchase through an Initial coin offering (ICO). In a stock market when a company goes public it is called initial public offering (IPO), investors will buy the stock if they believe in the potential of the company.

Similarly when there is an ICO, the developers behind the coin publishes a WHITEPAPER which is a document explaining the coins and it's utility. Once the coins is launched, investors will buy the coin according to it's attractiveness and potential.

At the moment the price of both altcoins and tokens follow that of Bitcoin. Bitcoin is the mother cryptocurrency and is considered as an indication of whether the market is in an upward or downward trend.

It is expected that this will change soon and cryptocurrencies will follow their own trajectory.

Cryptocurrency is a broad term which incorporates different type and forms of digital currency. What they have in common is that they are decentralized and exist on a blockchain.

Where can I buy or get cryptocurrency?

Now that you grasped the concept of what is cryptocurrency and how does it work, you might be interested in investing a portion of your capital to diversify your portfolio.

Cryptocurrency can be either mined or bought through a cryptocurrency exchange. Mining is a complex process which requires time, skills and dedications and is not suitable for beginners.

The easiest way to buy digital assets as an investment is by using a cryptocurrency exchange whereby users can create an account, deposit money and exchange it to any cryptocurrency they want instantaneously.

Cryptoscanner provides you with real-time data across the top cryptocurrency exchanges including all critical information you need before opening an account and start purchasing cryptocurrency. 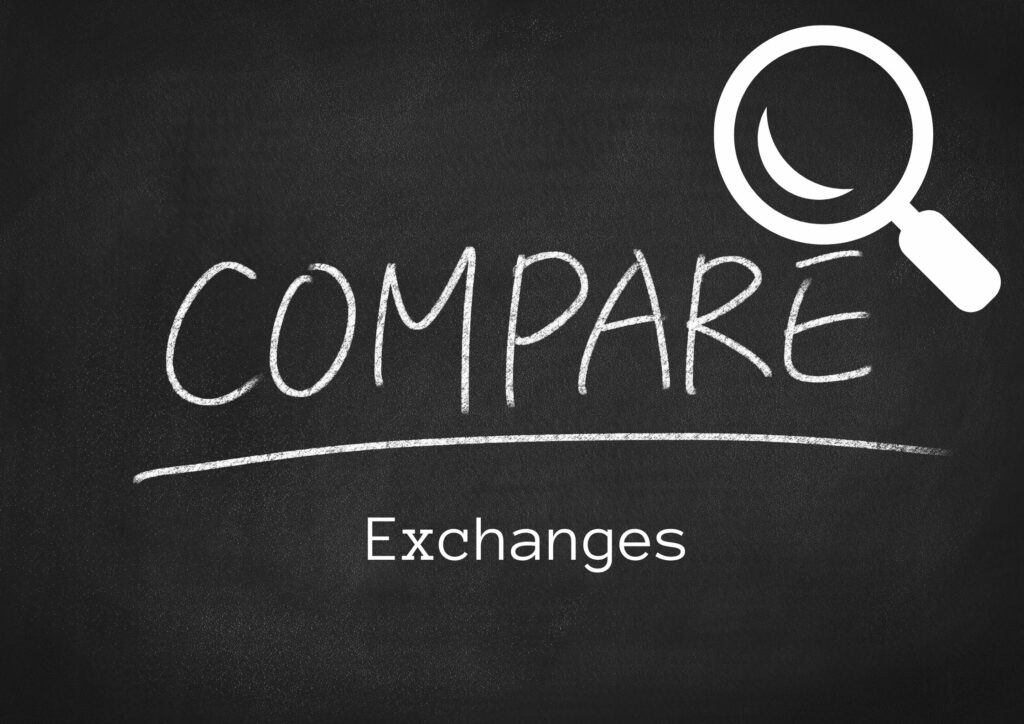